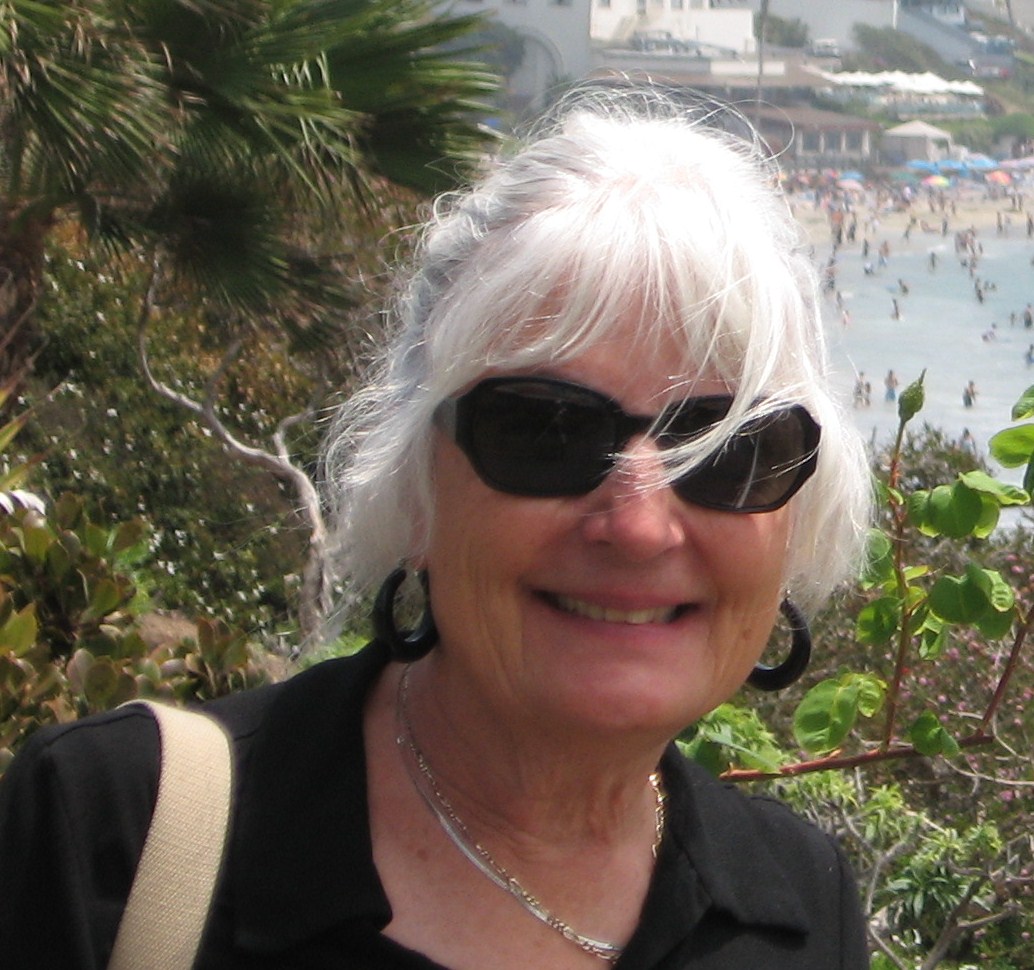 In 7th Grade Karlene Koch Voepel amazed her art teachers with her abstract watercolor of God.  The encouragement she received set her on a life-long quest for beauty and meaning in the visual arts.

Though born and raised in Missouri, at heart Karlene always longed for the Southwest.  (It must have been all the cowboy and indian movies!)  After a 7-year career in commercial art and fashion illustration in St. Louis and Louisville, Karlene and her potter-husband headed for the mountains and deserts of New Mexico.  There they "lived the dream" in their little adobe house.  Karlene decorated Monte's pottery and raised a daughter, as well as chickens, goats and horses.  No TV, no phone, no microwave!

Karlene Voepel became known for her stylized clay horses, nativity sets and whimsical bas-relief sculptures.  Three tile artworks were purchased for the University of New Mexico-Valencia Campus and another tile work was purchased by New Mexico Institute of Mining and Technology in Socorro, all part of the 1% for the arts project.  In 1998 Karlene was part of a 3-man show at the Durango Colorado Art Center.  In the October 2008 issue of Scottsdale Magazine, Karlene's clay work was included in the feature article, "Artists of the Southwest".

Karlene's original education was in painting, at Stephens College and Washington University School of Fine Arts in Missouri, where she received a full-tuition scholarship in painting.  Longing to return to this colorful, expressive media, in 2005 Karlene took some refresher courses at Yavapai College in Arizona.  Working from live models, Karlene focused on her forte, the human face and figure.

Realizing a life-long dream, Karlene Voepel traveled to France in 2007 to study art and architecture.  Yes, the Mona Lisa was even more mesmerizing in person!  The Egyptian coffin portraits in the Roman style were of great interest at the Louvre.  And, at the Musee d'Orsay there were innumerable influences from Manet to Vuillard, all excelling in figurative painting.

When Karlene told her best friend she had been diagnosed with Graves disease, an autoimmune disease which affects the eyes, her friend replied, "Well, then you should do as many paintings as you possibly can!"

Now Karlene can be found painting in her studio near Sedona, Arizona, focused on immortalizing the fascinating people who cross her path, at cultural festivals, family events or anywhere!  Her "Four Directions" series was inspired by her pottery teacher, a Jicaria Apache from New Mexico.  Karlene Voepel's paintings have been recognized in many national competitions, most notably First Place in the 2010 National Interactive Painting Challenge sponsored by Atelier Interactrive Paint and Jerry's Artarama.

And yes, Karlene still enjoys working in clay too!

Karlene's newest challenge is dealing with breast cancer.  "I have to remain cheerful and have a good sense of humor for my family's sake and to be an inspiration to other's who suffer with this disease.  We don't give up and we keep painting and creating."